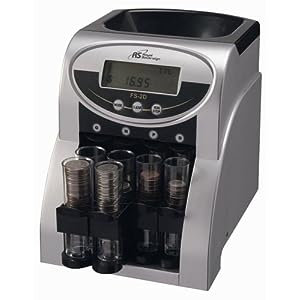 Many readers will recall I stopped participating in the gaming of the US Mint Direct Ship Program for credit card rewards on ethical grounds.  Basically, I used to buy about $2k worth of $1 coins each month on my Schwab 2% credit card (earning $40 in rewards) and directly depositing the vast majority of the coins.  Then, I'd pay the card off using the money I had deposited.  There's more detail on the process in this post (Money Laundering for the US Government), but it's relatively simple.  I stopped in May of 2010 once I became aware of the following disclaimer on the US Mint website:

The intended purpose of the Circulating $1 Coin Direct Ship Program is to make $1 coins readily available to the public, at no additional cost, so they can be easily introduced into circulation—particularly by using them for retail transactions, vending, and mass transit.  Increased circulation of $1 coins saves the Nation money.  The immediate bank deposit of $1 coins ordered through this Program does not result in their introduction into circulation and, therefore, does not comply with the intended purpose of the program.

So, doing this appears to be in direct violation of the spirit of the message above.  However, take a moment to read and digest this article from NPR ($1 Billion That Nobody Wants).  I don't know about you, but I found the article infuriating with regards to the waste and disgraceful legislation around it.  These coins aren't really getting circulated.  There's a massive backlog.  The reality is if I'm spending/circulating 1 roll of the $1 coins for every $2k I'm buying, that's still better than having them sit in Federal Reserve vaults.  With a problem this large, they should be thanking me for the minor role I'm willing to play in their circulation problem.

So, I'm back in the game.  And yes, I'm violating the spirit of the terms by only circulating some coins, but at least I'm doing something.

PPS  Dear Federal Government, if you ever want $1 coins to start circulating, you'll have to phase out the $1 bill.